Sigh…
The client came to me with a dream and a blank check. I wish it were that easy for me to make him a million dollars. But he went first to an invention promotion firm he had seen on late night television. He willingly paid them $13,000 (!) and here’s what they sent back: 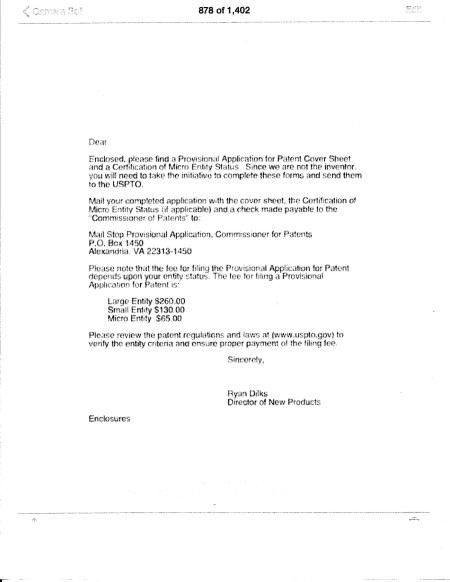 They are not a law firm, and interestingly, they never suggest to my client to hire a lawyer.  He is a third shift warehouse worker.  He does not know what a micro-entity is, or what a provisional patent application is.  He does his best to fill out this form because that is what this company tells him to do.  He submits it by U.S. mail, with a paper check no less, but omits critical documents.   The patent office kicks it back to him with a form letter explaining he now owes them $60 more for not sending the right documents in the first place.  Confused but determined, he asks me to fix it.

Would you have known what to do?